Reconnecting to Place in 2021

2020. Wow. Let’s just say – a year that has such beautiful symmetry in its numerals has been far from harmonious, and all of us have been served a host of curve balls, challenges and surprises.

For me personally, the biggest of them all was going through the process of disconnecting and promptly re-connecting to the city I’ve always called home, as plans to move to Amsterdam via London were dashed. With flights booked for the 3rd of April, we watched with growing trepidation as COVID slowly moved up the news feeds, and across the continents, until it was undeniable that we weren’t going anywhere. Our suitcases were packed, our rental house vacated, resignations were tendered and the farewell tour with friends and family was firmly underway. We had visas, job interviews booked, holidays to Greece, Switzerland and France locked in and had spent six months doing Dutch lessons – we were mentally already in our new home. Hence the process of re-connecting to my city, at a time when so many others were re-shaping their connections, routines and space was an interesting one. In a round-about way, it almost felt like I’d moved into a city afresh.

Now in November, our city has returned to a state of normalcy, which we are thankful for. And I’ve got a new house, a new car, a new job, and few new things on my bookshelf, which makes it feel like Sydney is home for me again. Yet, as a Strategist within the Frost Place team, and with a varied background in publicity, destination marketing and spatial design, I’ve got a unique appreciation, curiosity and passion for how we connect and respond to places. My re-connection process was a somewhat trying, but fascinating one for this reason. Along the way, I noticed a number of unexpected perception and behavioural shifts that I think those of us involved in place visioning, placemaking and destination and property marketing should consider moving into 2021. 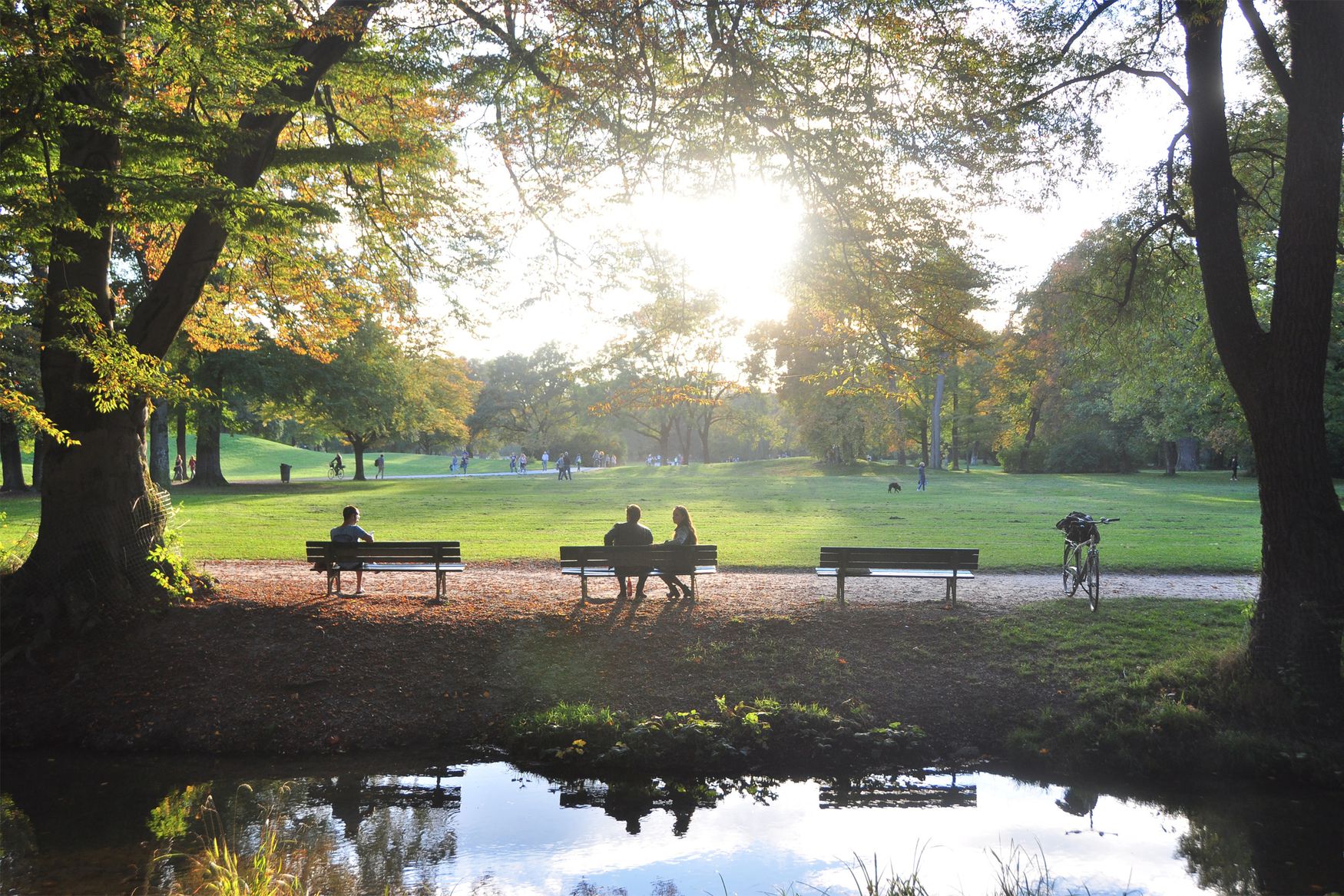 Prospect and Refuge Theory is the concept that we are innately drawn to spaces that balance opportunity (prospect) with safety and security (refuge). The 1975 theory explains why the centre of parks are often left unoccupied, whilst the perimeter and shady spots are hot property – it stems from our evolutionary instinct to ‘see but not be seen’. I first heard about this concept in July on the brilliant podcast Time Sensitive, as the hosts discussed how we were valuing spaces differently during COVID lockdowns. It helped me better understand the conversations I was having with friends, family and colleagues, wherein some were relatively content in their home-bound existence, whilst others felt a pronounced sense of gloom and yearned to escape.

No doubt a number of factors were at play, but one common thread was that those who were happiest (and the most privileged!) in their surrounds had a balance of prospect (eg. an elevated view, an outlook onto a streetscape or landscape, a visual connection to a feature of much greater scale), as well as refuge (comfortable, safe interior spaces). Once the prospect aspect diminished, the feelings of isolation and anxiety seemed to spike.

In an era of uncertainty and rapid change, I believe this delicate balance of titillating with prospect, while simultaneously offering meaningful refuge will spill from our home environments, and unknowingly be a more pronounced lens through which we assess places. Over the past few months, I’ve already found myself drawn to places that offer opportunities to connect, socialise and people-watch, but this eagerness is tempered by the ability to avoid large crowds and excessive noise, feel safe, and move freely through built form, hygiene measures and programming decisions. Originally imagined to explain our interactions with landscaped environments, I believe the thinking behind Prospect and Refuge Theory could find a place in all place planning, design and analysis. 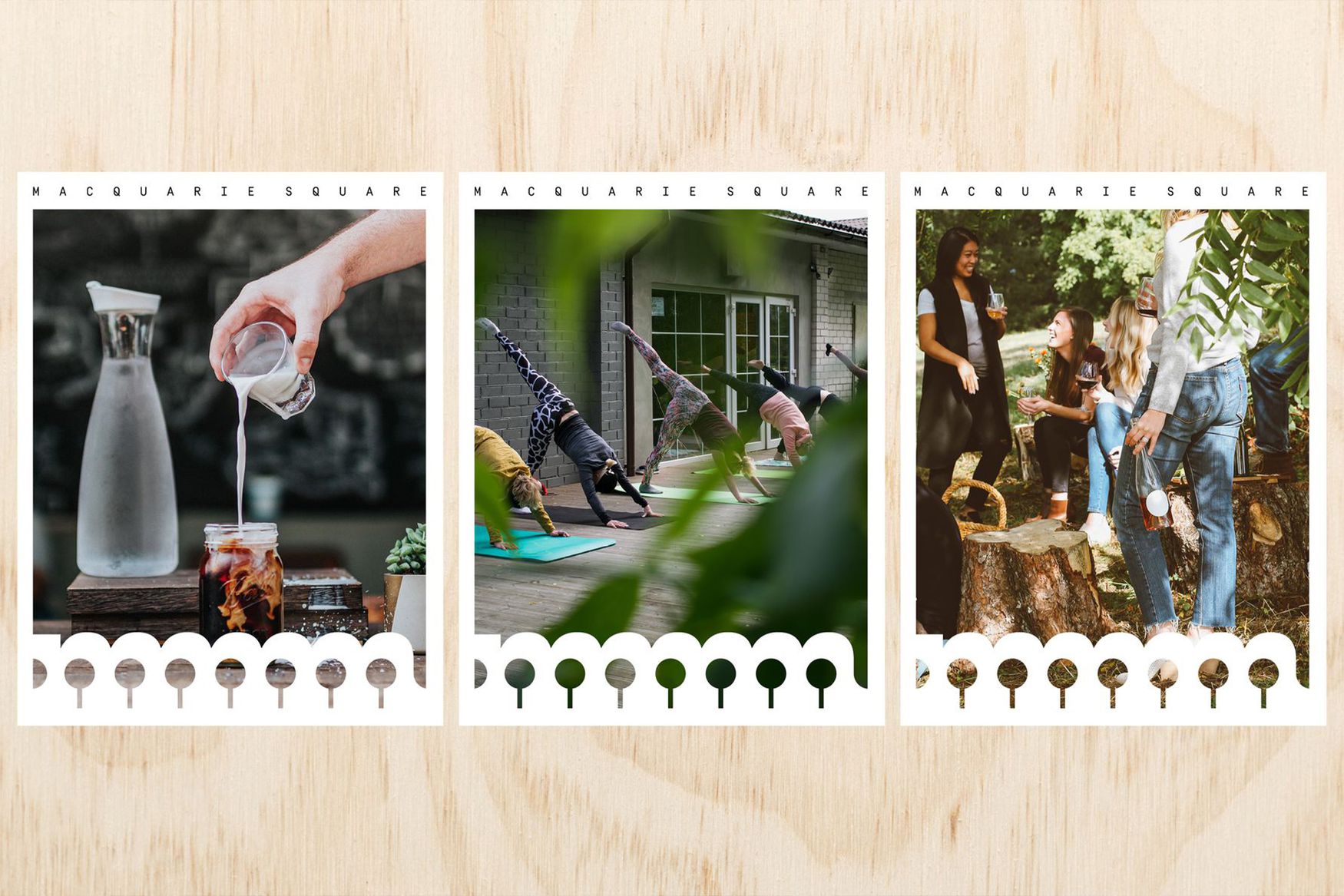 The shedding of obligations, and the pull of destinations

I hazard a guess that 2020 has been the final nail in the coffin for places that were happily sitting on their laurels as obligations rather than destinations. What e-commerce and remote working began, a global pandemic has stepped into finish, and spatial environments that do not support a better experience or interaction will struggle. This is far from a prediction that bricks and mortar retail or commercial offices are dead – far from it – instead it highlights that shift from expecting people will engage with spaces because ‘it’s how it was always done’, to an era where the physical spaces that succeed will be ones that understand the value and importance of being destinations in their own right. Workers will want to return to offices that act as anchors for organisational culture, embrace flexibility and promote the things most difficult to conjure over Teams or Zoom ­– impromptu run-ins in the kitchen that spark cross-pollination between teams, free-flowing collaboration sessions not plagued by lagging video connection and Friday team lunches. Retail needs to look back to the early 19th century, where retail spaces were performative, expressive spaces offering never-before-seen, or otherwise inaccessible, products and experiences. 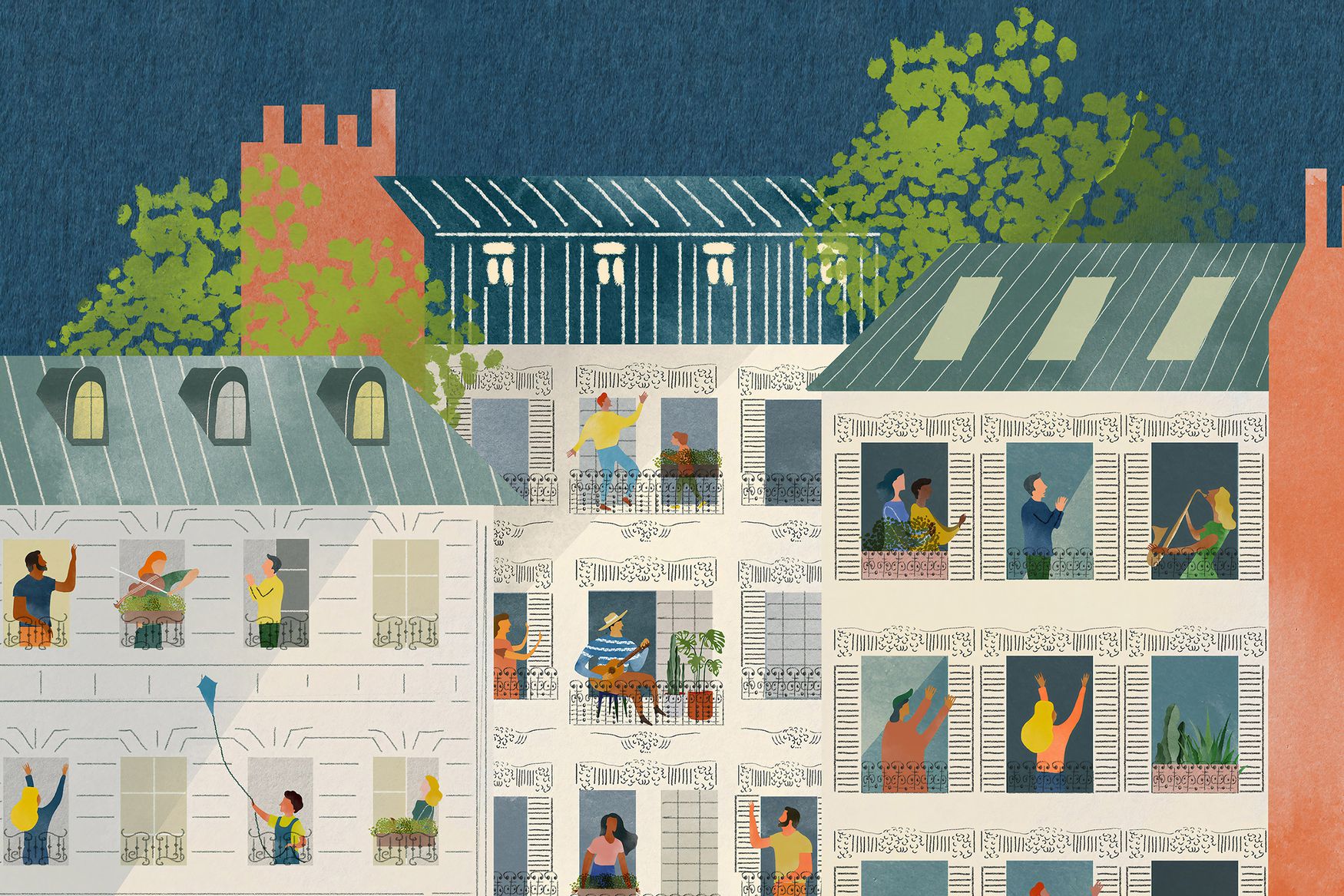 Loving thy neighbour – the appreciation of our neighbourhoods, village and suburbs

If the call was to ‘shop local’ in past years, 2020 was a year of ‘everything local’, and I think we’ve all found a renewed appreciation for the familiar, the walkable, the accessible and the de-centralised. Many of us have spoken to our neighbours more than ever, have forged a bond with a local café that we would have never visited otherwise and become passionate defenders of our local green spaces. I personally have moved to a little coastal village near where I grew up in Southern Sydney (something my 20-year-old self vowed never to do!) and have relished in opportunities to connect with and support this village community. My boyfriend has joined the rural fire service, we buy all our fruit and veg through the local co-op, and we are already talking about planning a Christmas street party… (who am I?). As Sydney morphs into a three-CBD city in the coming years, we mustn’t lose sight of the ecosystem of proud neighbourhoods and suburbs rich in culture and community that bind the city together. Councils, developers and place makers need to ensure places of the future align with the neighbourhood nuances, not just what broad future-forecasts dictate.

News stories have profiled the delight, relief and pure joy that some people with disabilities or mobility-issues have felt as places and experiences that they had once been excluded from or challenged by, have opened up during pandemic. Whether it be through digitally-streamed concerts or the nationwide adoption of tele-health, physical spaces and experiences have morphed and flexed due to COVID, and have become more inclusive as a result. I’m interested to see how this idea of inclusiveness through digital connection can continue to be harnessed for the greater good – especially as we attempt to tackle the pandemic of loneliness. 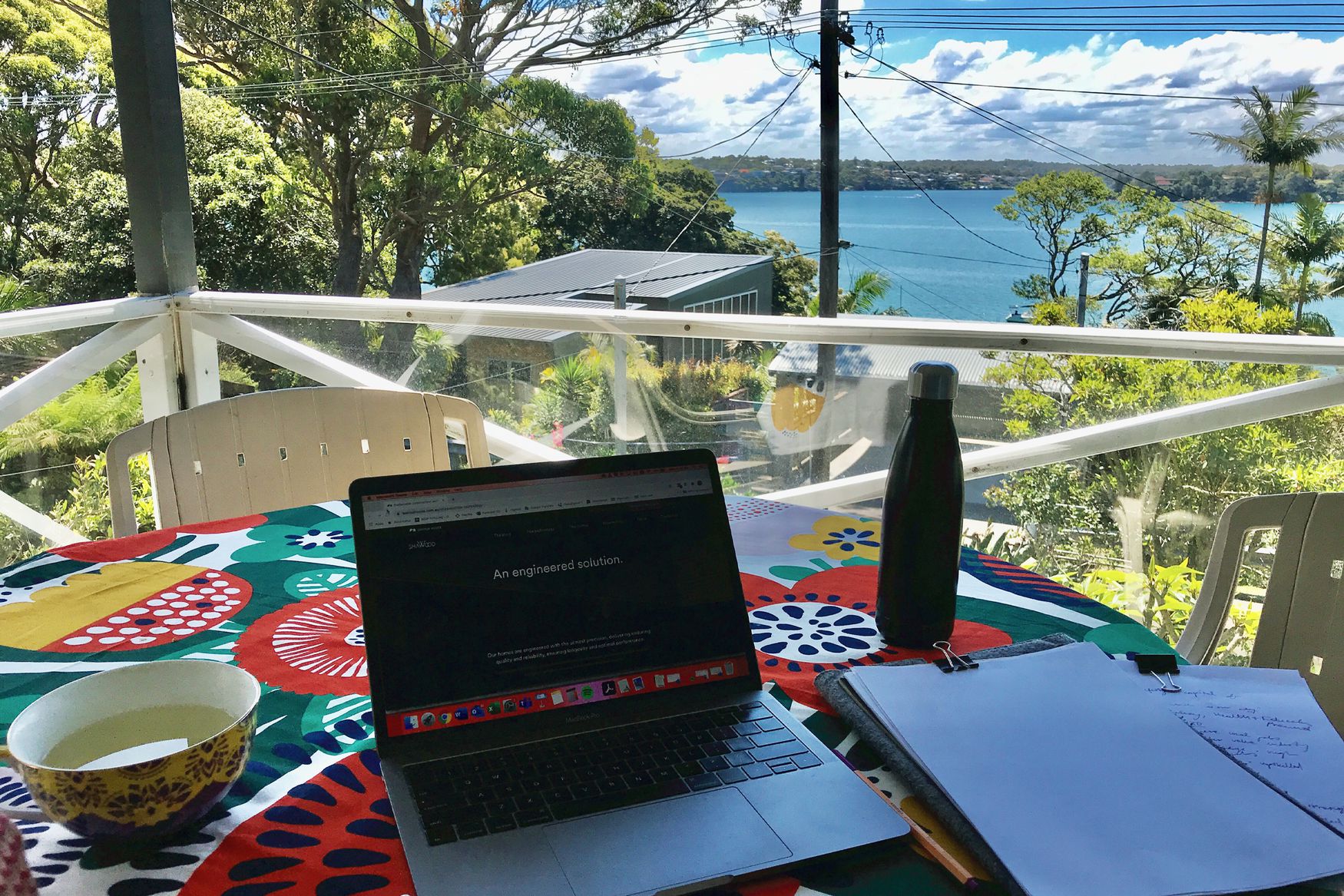 A decentralisation of our cities is underway, and I’m one of the workers that has been granted the freedom to move from the inner-city to a coastal village by flexible working arrangement. As this and remote working evolves, it’s predicted that destinations will be vying to attract talent not based on the organisations that are located there, but on the lifestyle and amenity on offer. Places like Tulsa in the USA have been doing this for years, with a grant program set up for workers with existing jobs (done remotely) to move to Tulsa. This is a pure lifestyle pitch – as the website simply puts it “We’ll pay you to work from Tulsa. You’ll love it here!”. And more than that, it’s a clever way to boost their economy and re-establish Tulsa’s community, countering young people’s migration to the ‘big smoke’. I’ll be interested to see how remote working could re-invigorate regional and remote destinations here in Australia, who are bold enough to take an approach like this and position themselves as the ‘life’ to the work/life balance for remote workers.