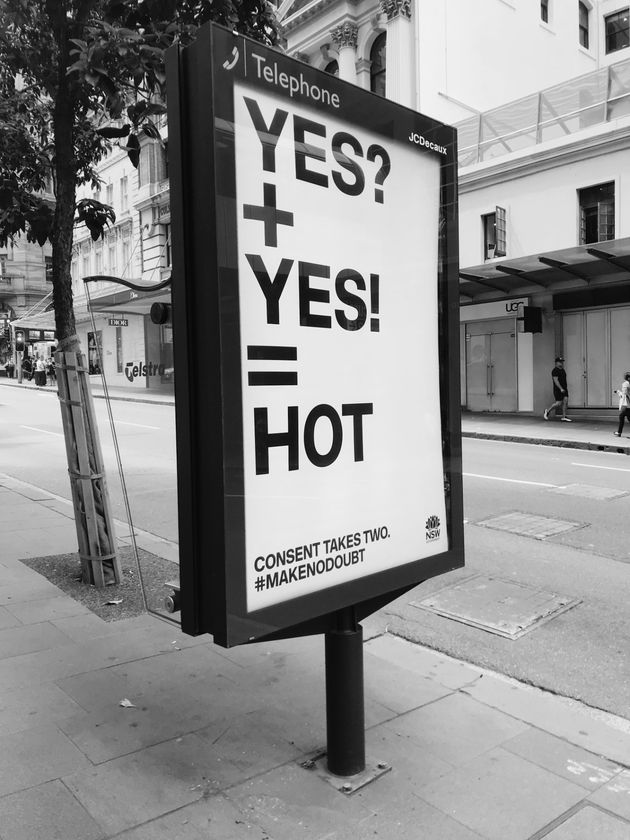 We are excited to announce the second phase of our #makenodoubt campaign for NSW FACS has officially launched.

The update will see new and compelling Frost designed artworks rolled out across Sydney coinciding with end of year university celebrations and Christmas party season.

New slogans such as ‘Yes? + Yes! = Ah…mazing’ or ‘Yes? + Yes! = Hot’ amongst others can be found on billboards at train stations and bus stops across the city. Their distinctive black and white design is used to emphasise that there should be no room for ambiguity when it comes to sexual consent.

The campaign supports the NSW Government’s strategy to tackle the rising rate of sexual assault within the state which has increased by 17 per cent from 2014 to 2018.