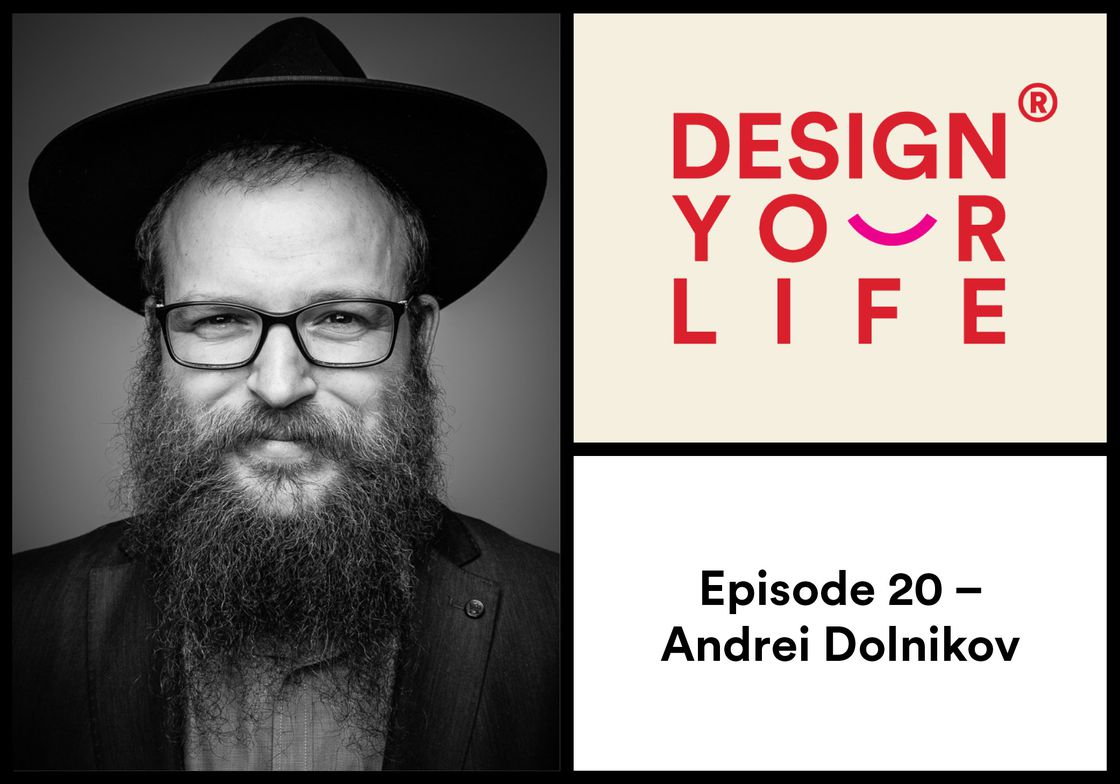 Andrei Dolnikov came to Australia as an 11-year old Russian immigrant with nothing but his family, $2,000 and a Persian rug. After graduating art school in Australia, he made the pilgrimage to Israel where he spent six years living in Jerusalem studying to become an Orthodox-Hasidic Rabbi, rediscovering the spiritual roots that he had been denied while growing up in the Soviet Union.

Now, Andrei is a visionary creative leader who specialises in bespoke, considered and memorable architectural images. He started his own business in his spare room in a small Sydney apartment, jokingly referred to as “Suite 9”, after working as a visualiser in Pittsburgh (USA). He has since guided Binyan – a now international studio with locations all over the world – to its place as a leader in the field.

In this episode, Andrei reveals his story of discovering his spiritual roots, creating a business in a 2-bedroom apartment while studying full time, working as a practicing rabbi and caring for a wife and two kids. He shares how bringing together the “seemingly contradicting” threads of his life are what excites him most, and how he himself strives to break stereotypes by being a living contradiction: “I want to be the Hasidic *and* the hipster.”

Join Vince for the latest Design Your Life episode with Andrei Dolnikov.